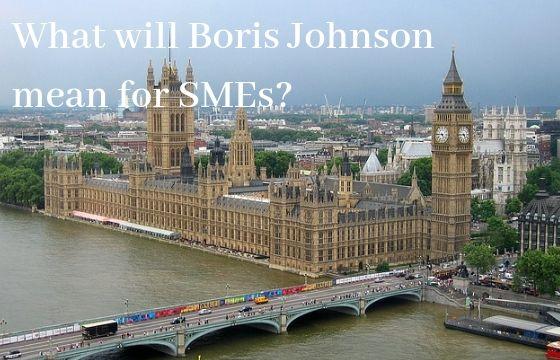 Today it was confirmed that Boris Johnson will become the next Tory leader, and UK Prime Minister, beating his rival, Jeremy Hunt.

Yet, what will this mean for SMEs?

Whilst he’s always been a supporter of SMEs in the past, little has been said over his position for the country’s SMEs whilst canvassing for the Government’s ‘top job’.

As Lord Mayor of London, lasting several terms, Mr Johnson was rather proactive when it came to supporting SMEs – take for example the International Business Programme initiative, which aims to see export grow by 50% for the capital’s businesses by 2020.

As a business community, we have to hope he will invest much time and energy on supporting and maintaining the strong SME sector. With 5.7 million SMEs in the UK, worth over £2 trillion pound to the UK economy, this back bone of industry needs safeguarding.

What we immediately know, as part of Mr Johnson’s canvas manifesto, is that he proposes to increase the threshold for higher tax payers as well as changing the threshold of National Insurance contributions, whilst rising the National Living Wage and pension tax relief. Each of these will affect SMEs.

However, the impact of Mr Johnson’s appointment could mean much political unrest over his hardline Brexit stance – much of his campaign was focused around leaving the EU.

If the UK leaves the EU on 31stOctober with a ‘no deal’ it will have a massive impact on SMEs. The EU are unlikely to support UK businesses if he carries out his threat to withhold the £39 billion ‘divorce’ bill; imports, exports and stock piling could become very grey areas. It won’t be helped by many major cabinet members threatening to resign, including the Chancellor of the Exchequer, Phillip Hammond. It’s this political unrest that sees SMEs citing this as the biggest reason that hinders their business growth – over a third from London, and just under a third from the North.

As a result, his exact intention for the SME industry is still fairly murky water... watch this space.